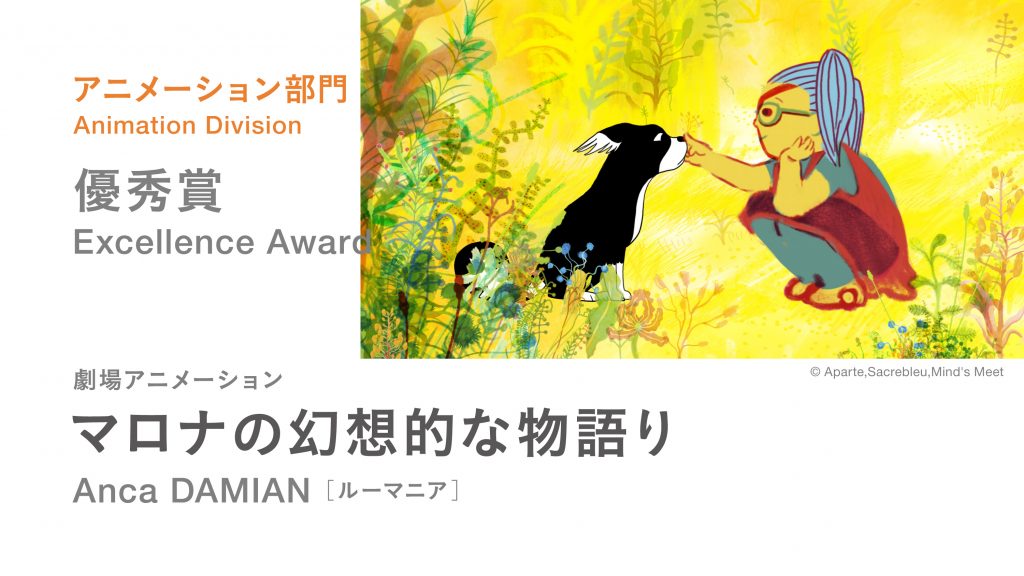 Directed by the cosmopolitan female director Anca Damian, the film is filled with love and artistic beauty. It tells the story of Marona, a mixed-breed dog with a heart-shaped nose. The film featured an outstanding team of European creatives including Brecht Evens (responsible for the Paris edition of Louis Vuitton's Travel Book series), Gina Thorstensen (who has directed music video production for the Grammy-winning artist Gotye), and Sarah Mazzetti (winner of the International Award for Illustration at the Bologna Children's Book Fair). Responding to this high level of artistic ability, NON took the role of voicing the protagonist Marona for the film's Japanese dub.

Congratulations to the film for winning the Animation Division Excellence Award at the Japan Media Arts Festival!
I played Marona for the film's Japanese dub.
I was fascinated by the artistic imagery and abstract character portrayals of "Marona's Fantastic Tale." And Marona, with her heart-shaped nose, was so cute, so sad, and so lovely.
I am very happy to hear that this amazing animated film was able to win this award.

"Marona's Fantastic Tale" is scheduled for release on DVD and Blu-ray in the summer of 2021.