Key visuals and additional cast members for the movie "The Three Sisters of Tenma-so" to be released on Oct. 28 (Sat.) have been announced! 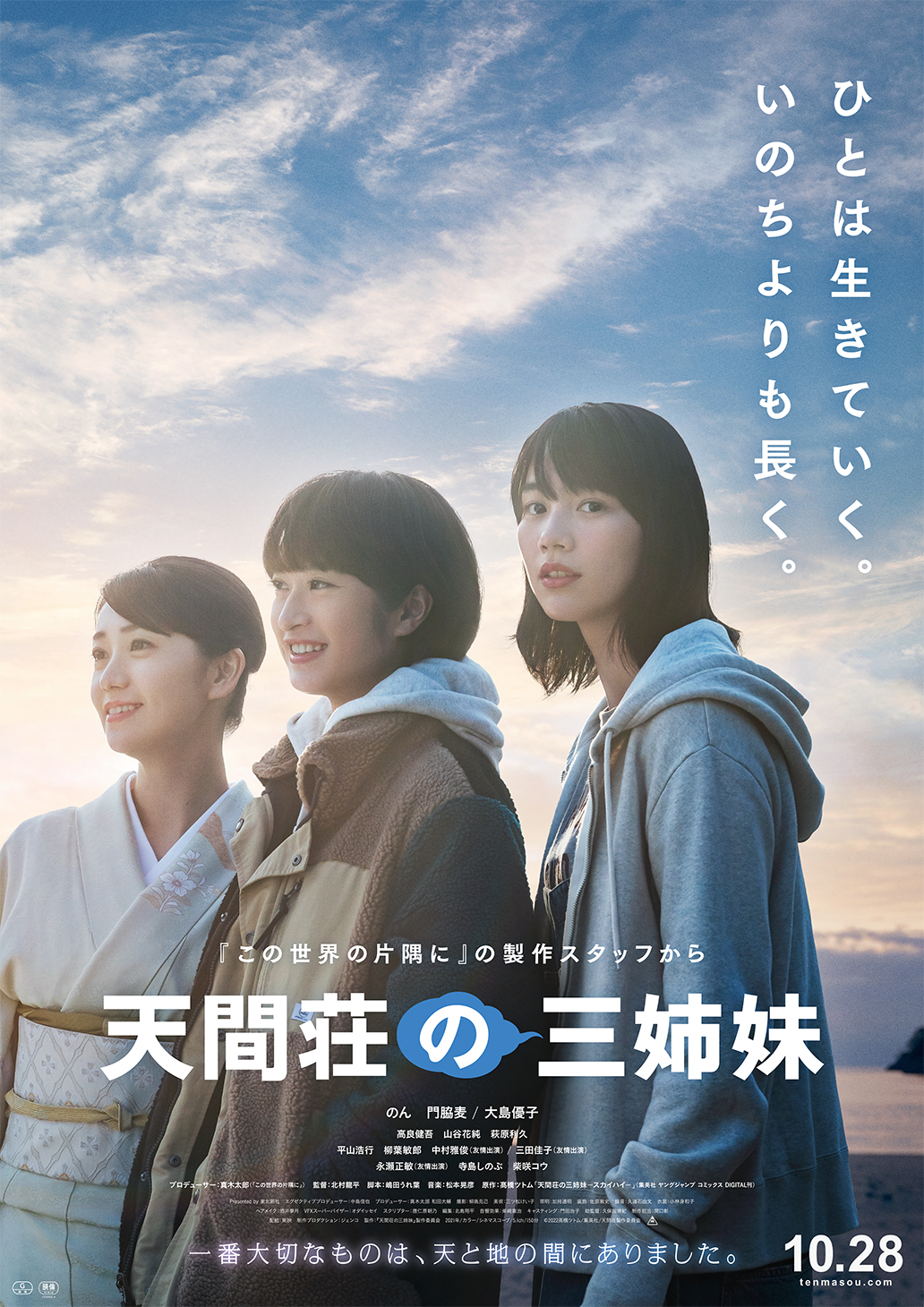 Poster visual of the three sisters, Non, Mugi Kadowaki, and Yuko Oshima, and the gorgeous cast of co-stars are unveiled!

Tamae Ogawa (Non), a young girl who is alone in the world, is put in a near-death state by a car accident, and is forced to stay at the inn "Tenma-so" in the celestial town of Mitsuse until her soul decides whether to "return to this world to live again" or "travel to heaven". There, his two half-sisters, whom he meets for the first time, are waiting for him. One day, however, she is told a huge secret about the town of Mitsuse and its inhabitants, and she must make her own decision.

Producer: Taro Maki ("In a Corner of the World")