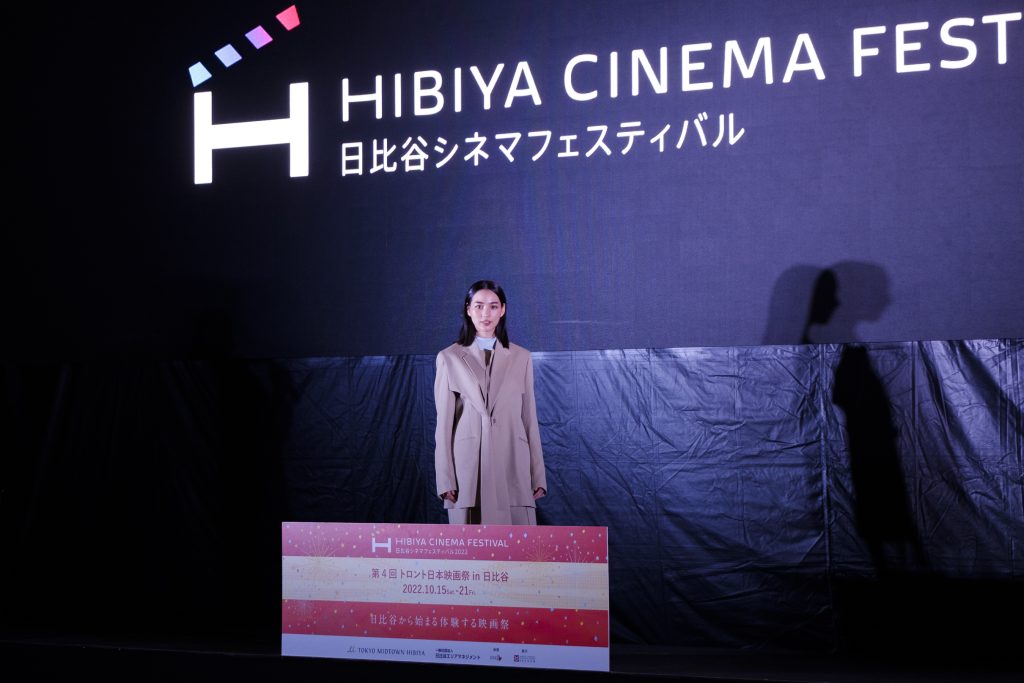 Before the screening, director Non, who wrote the original story, wrote the screenplay, directed, and starred in the film, took the stage to talk about the behind-the-scenes production of the film.

Ribbon" is the first feature-length film by director NON, who witnessed the sadness of students whose youth was taken away by the Corona disaster, and who wanted to help the world's frayed feelings as much as possible. 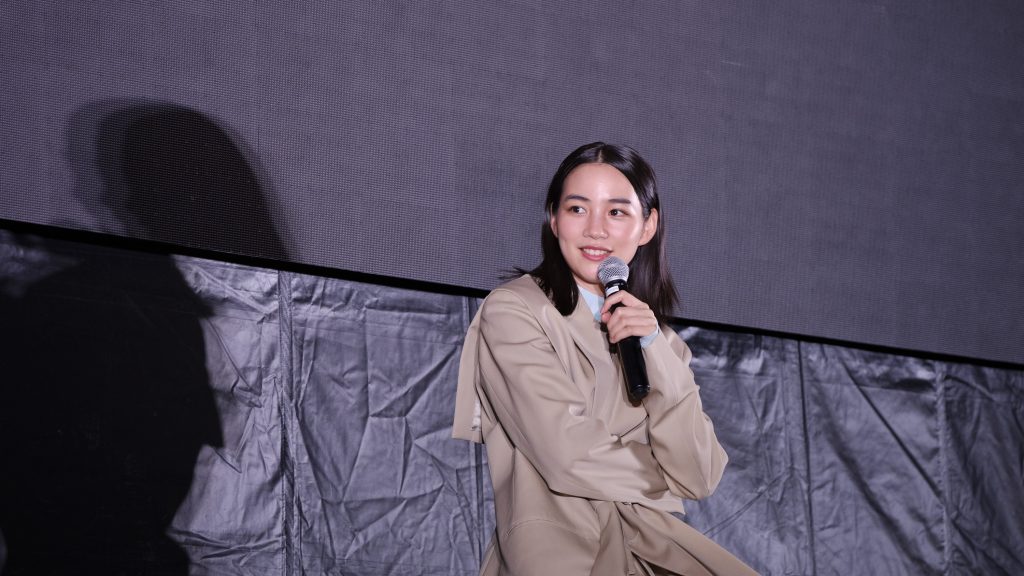 【NON's comments on the talk show】

◆About Hibiya and HIBIYA CINEMA FESTIVAL
Director Non: I am familiar with Tokyo Midtown Hibiya, as there is a bakery I like and I often visit the cafe. This is the first time for me to speak outdoors like this, but it is a very pleasant space. I am very happy to be able to participate.

◆Difficulties and innovations during production, etc.
Director Non: When you are both a director and a performer at the same time, you get adrenaline rush as a director, so I was more conscious than usual to calm down those thoughts and switch to feelings for the role. This film was born from the idea of "expressing emotions with ribbons," and I produced it with an emphasis on how to show these ribbons.
I feel that I would like to continue making films in the future, and I am currently keeping my antennae up for the next one.

◆What are your thoughts on this work and how you would like people to enjoy it?

Director Non: I made this film hoping that it would help to relieve some of the depressive feelings I had about the Corona disaster. The main character is an art student, but the content of the film can be understood by people of all ages, so I hope you will watch it.

The talk show was broadcast live, and the archive is available for viewing now.