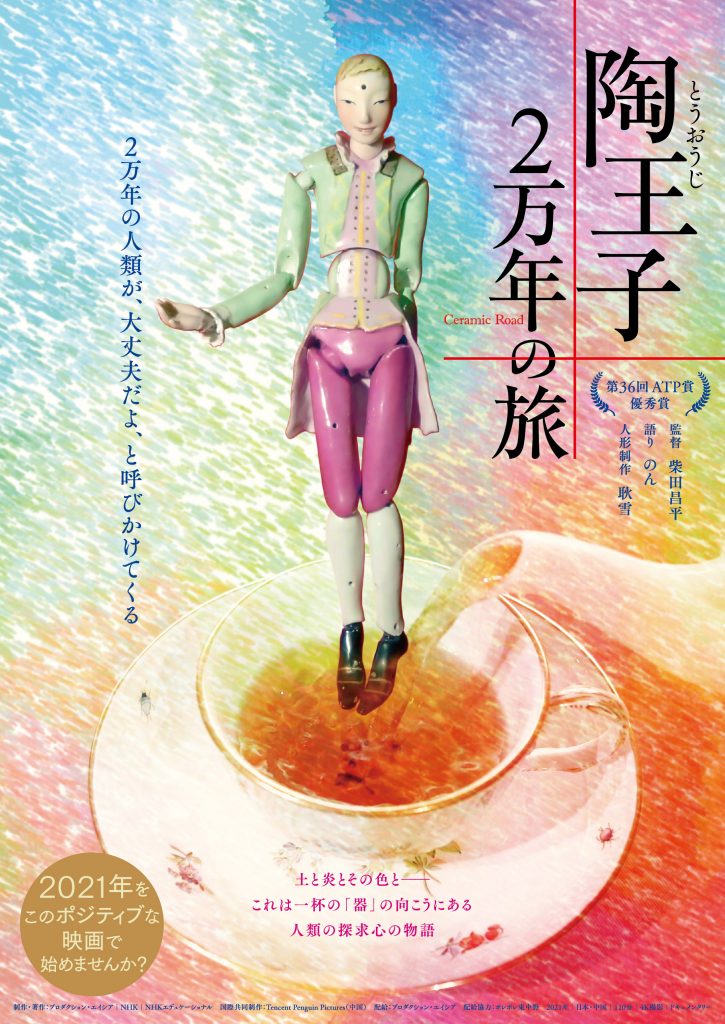 The movie "Tououji, A Twenty Thousand Year Journey, Ceramic Road" for which Non took on the challenge of narrating the documentary  film, will be released on January 2, 2021.

The movie is produced in collaboration with Tencent China, making it a joint Chinese and Japanese creation.

Tououji, which took home the award of excellence at the 36th ATP Award TV Grand Prix, is a grand-scale documentary film depicting the  endless, boundless spirit and creative originality of mankind on Earth through the development of
earthenware into chinaware over the course of 20,000 years. To welcome the New Year with this film about mankind's
boundless spirit of exploration and the strength to overcome, many cinemas have decided to show the film early in the
New Year.
We have been through a lot in 2020. Why not begin the new year of 2021 with this positive movie?

20,000 years ago - The Eastern Tip of Asia, Comprising of the Japanese Islands.
The ancient people, who kneaded clay because it felt so nice to touch, put it on fire, and hard objects were created.
That was the beginning of earthenware, or in other words, chinaware. Harder, more useful, more attractive, beautiful...
Chasing our never-ending human spirit of exploration, our cameras fly from Aomori to various parts of Japan, China,
Mesopotamia to Meissen, Sèvres, and even into space.
What emerges is the human desire and ingenuity that made the development of ceramics possible.
The tea you'll drink after you finish watching this movie will smell exceptional.
This movie is director Shohei Shibata's first new piece of work in six years, following the much-discussed Japanese and French joint work in 2015, DASHI & SHOYU: Essence of Japan.
He previously hogged all the film awards for Himeyuri in 2007.