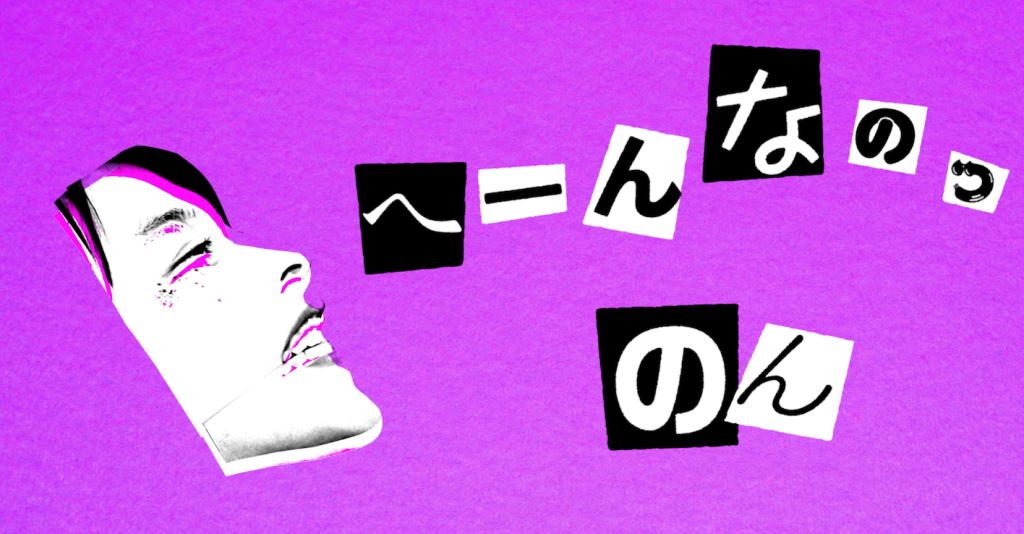 Music info "Hennen no nakko
Lyrics and music by Nonn

They have performed at FUJI ROCK FESTIVAL (with Buffalo Daughter) and Coachella (with Ryan Hemsworth) with their unique VJ performance of collaging and projecting everything at hand in real time through a video camera. He has also created video works utilizing his VJ worldview, and has directed 6 songs including Hiroshi Fujiwara's "TERRITORY", Non's "Namaiki ni Skirt", Hei Tanaka's "There is no meaning", OKAMOTO'S In 2018, he started creating collage works and held a solo exhibition. He has also collaborated with ceramic artist "MATKA" and silkscreen artist "MANUAL" to present his works, and is expanding his production range.