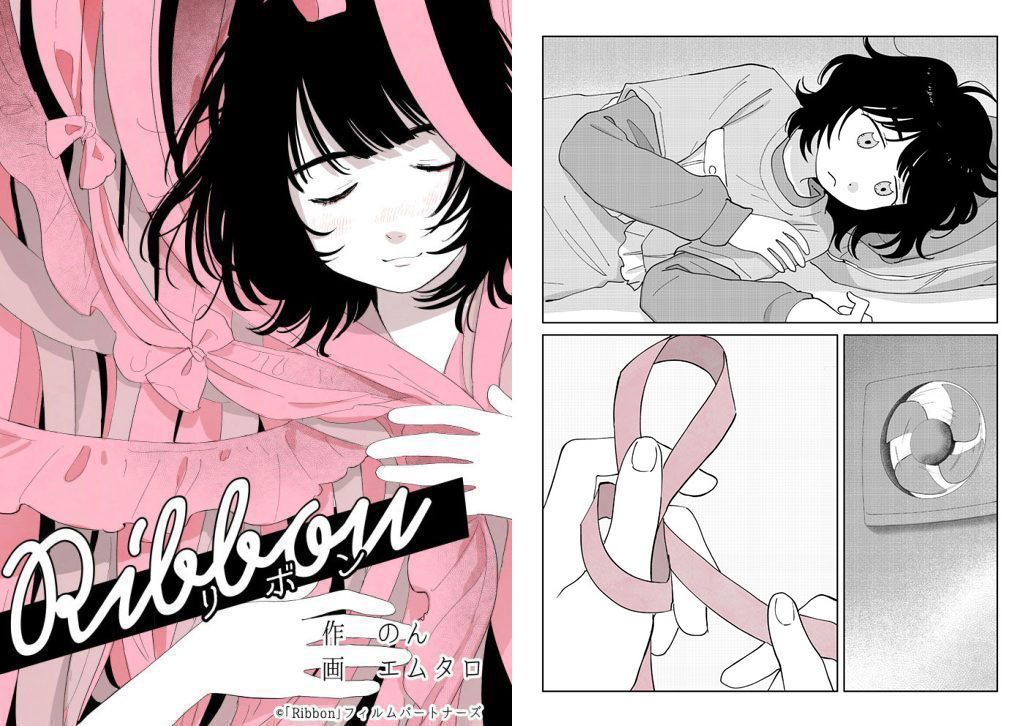 The comic book project of the movie "Ribbon" written, directed, and starring NON has been updated with its 31st episode!

Mutaro, a manga artist and art college graduate, freshly depicts the drama of art students whose graduation exhibition was canceled due to Corona, as they struggle with their "works" that they can no longer show to the public.
Please come and see it.

Also available on other platforms such as LINE Manga!

Also, the Blu-ray box set of "Ribbon" will be released on December 25th!
Pre-orders are now being accepted at the NON GOODS SHOP.