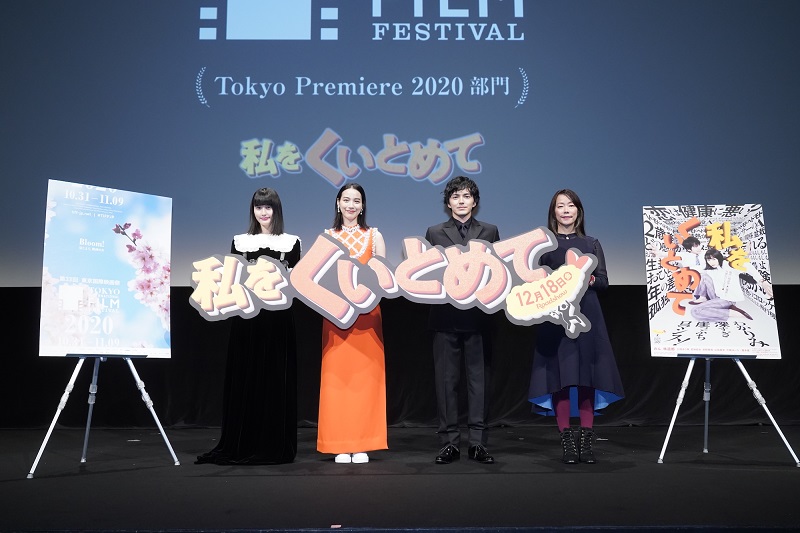 "Playing the role of Mitsuko was a very fun time" said NON who played 31 year old lonely heroine with counselor "A" in her head.
"I was always searching, wondering where Mitsuko's pain was while reading the script and the original work. Holding the original work in one hand while reading the script, I used the original work as a strategy guide to find the feelings Mitsuko felt in the lines written by Akiko Oku and interpret them," NON said looking back on the shoot and talking happily. As a final word on the event, she commented,
"I think this is a film that fully affirms that there's a part of Mitsuko-like traits in all of us, and I think you will feel good about the film after leaving the theater. Please enjoy it!"、

Please look forward to the release on December 18th!