NON narrates for the "SDGs × The Power of Manga" video! 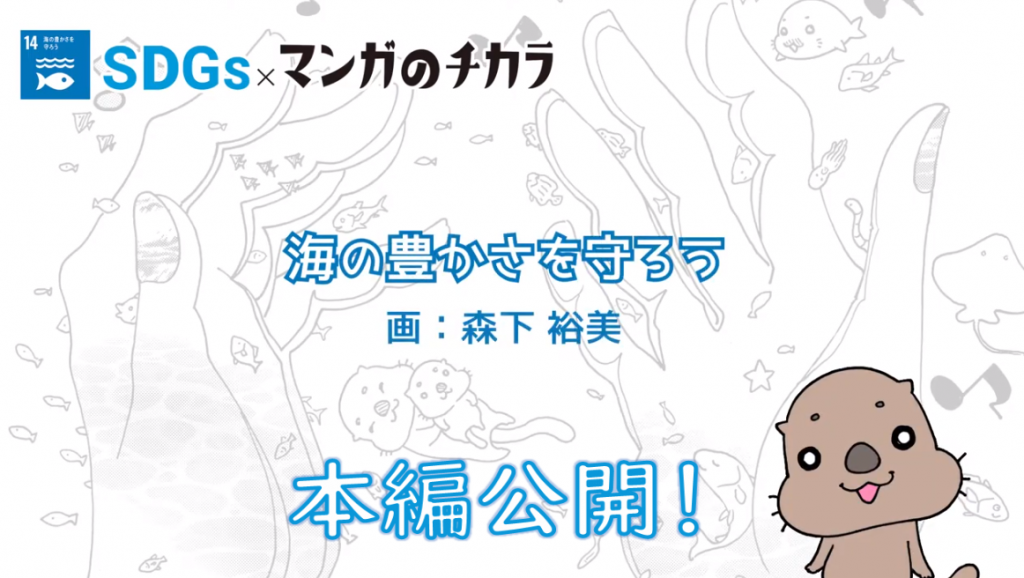 The first volume "Save the World with Manga!" from "SDGs × The Power of Manga" was released on November 30th, 2020.

Along with its release, the video of the main manga story "The Family of the Seas" (illustrated by Hiromi Morishita, who is known for "Shonen Ashibe") depicting SDGs Goal No. 14 "Protecting the Riches of our Seas" and which is narrated by Non will also be released.

"SDGs × The Power of Manga" was conceptualized to convey the principles behind SDGs through manga in a manner that is easy to understand. This video adaptation of manga has been produced with the hope that it can harness the "power of manga" to reach as many people as possible.

「Save the sea」 SDGs14 Life Below Water

The theme of this work

The theme of this work is the "sea" and it features issues such as "marine debris" which have caught the attention of many people, as well as topics related to the "Earth," "family," and "everyday life."

The new characters of an "otter family" also make an appearance here. This work explores the "sea" from many different perspectives with the aim of resonating more deeply with readers.

We hope that by reading the manga and watching the video, more people will gain an interest in the SDGs and become personally invested in achieving these important goals.