The main character "Mee-bo", played by Non, who is crazy about fish, is surrounded by many humorous and lovable people! Following the recently announced cast of Yuya Yagira, Kaho, Yuto Isomura, Amane Okayama, Hiroki Miyake, and Haruka Igawa, we have now unveiled an additional cast full of charm and variety!

Shohei Uno, a unique actor who has won numerous film awards for his excellent performance in "The Voice of Sin" (20), is cast as the manager of "Kaito," a fish store that Mee-bo frequents after moving to Tokyo.

The role of Mee-bo's high school classmate, a member of the gang who hangs out with a delinquent gang leader played by Yuto Isomura, is played by Koh Maehara, a hot young actor who has appeared in a series of high-profile films including "It's Your Turn" and the NHK historical drama "Kamakura-dono no 13-nin" (22).

The role of Hiyo's adult lover is played by Haruka Shimazaki, a core member of AKB48, who after graduating from the group starred in "Tonde Saitama" (19) and the drama "Hare kon" (22). (22).

Kosuke Toyohara, a talented actor, plays the role of a suspicious-looking dentist who is fond of saying, "I want to provide wonder to my customers," and whom Me-bo meets through the introduction of his classmate Momoko, played by Kaho.

Soya Kaga of the comedy duo KAGAYA plays the senior keeper at the aquarium where Mee-bo goes for practical training.

Shinobu Hasegawa and Aki Asakura of the comedy duo Sisonne play the MC and assistant of the show in which Mee-bo makes a surprise appearance.

A lively group of people who are perfectly suited to the pure and carefree life of Mee-bo! 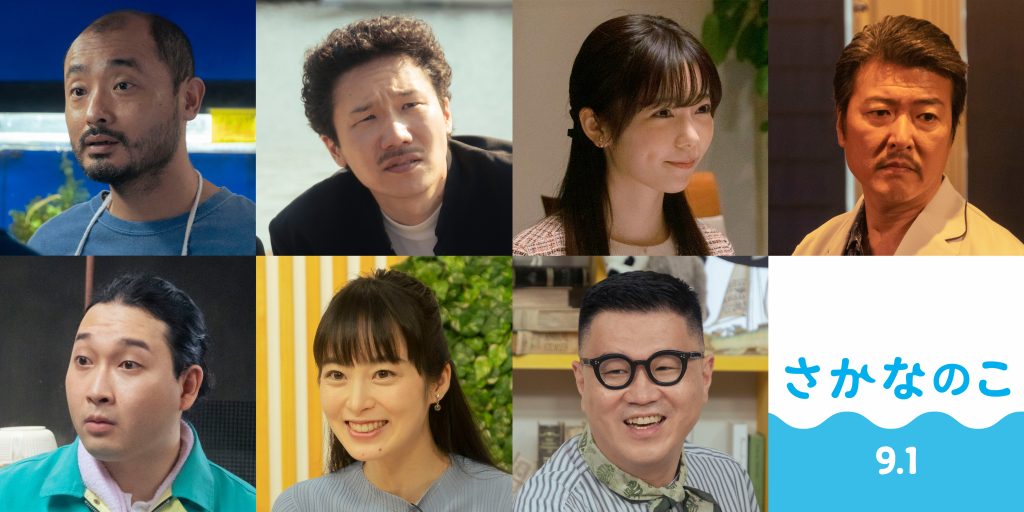 And! The scene photos of "Sakananoko" have also been released!
Here are some of them! 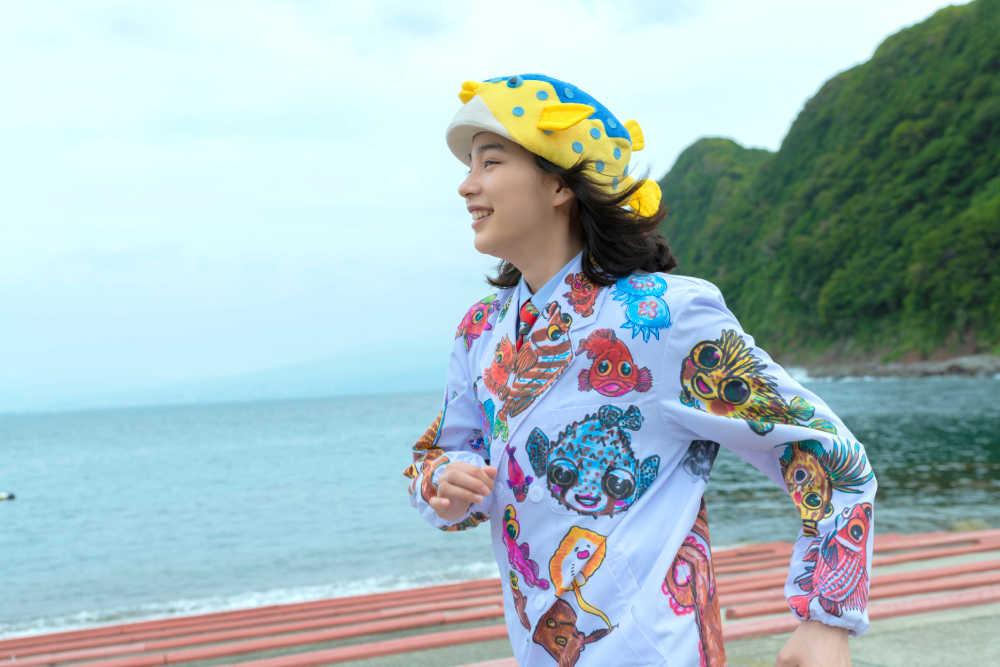 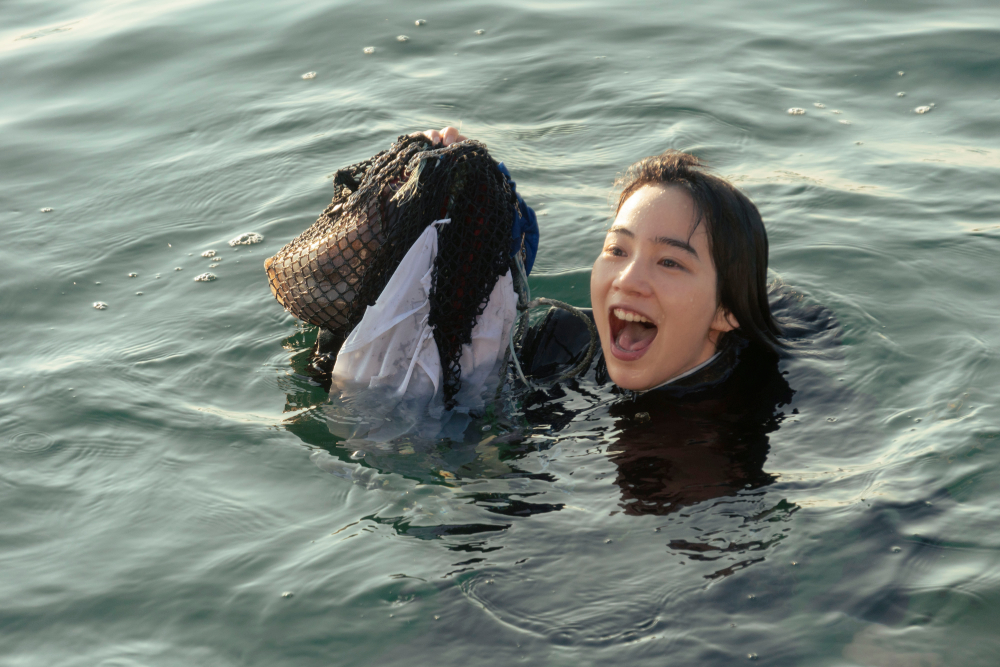 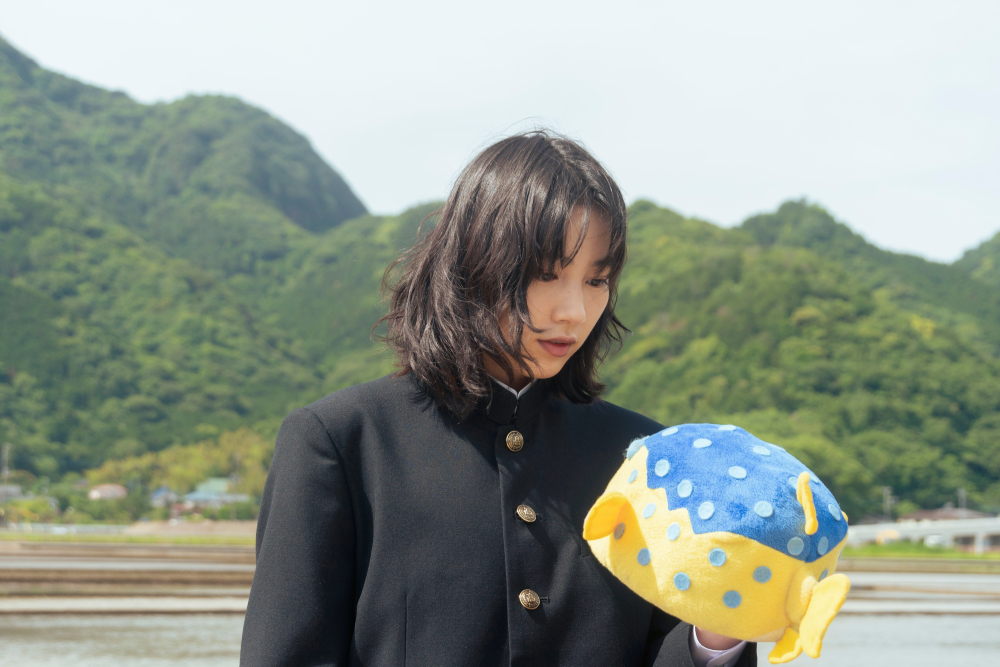 Mee-bo running along the seaside, Mee-bo peeking out of the sea with something in his hand, Mee-bo staring at his boxfish hat...

Mee-boo has been crazy about fish since he was a little boy. No matter what anyone says, he continues to pursue what he loves and slowly changes the hearts of those around him, which is sure to strike a chord! Please look forward to more news about this work, which is full of humor and love in various forms!

What is "normal"?
A child who has always followed his favorite fish has become a "Sakana-kun".
"Mee-bo", an elementary school student who loves fish, is always thinking about fish, whether he sleeps or wakes up. He stares at fish every day, draws fish every day, and eats fish every day. In contrast to his father, who worried that he was a little different from other children, his mother warmly watched over him, and rather than worrying about him, she kept pushing him along. As a high school student, Mee-boo is still obsessed with fish, and somehow he gets along well with the delinquents in town, and before he knows it, he is in the center of the action, as if he were the hero of something. Eventually, Mee-bo begins to live on his own, and amidst unexpected encounters and reunions, he is loved by many people, and dives straight into the only path that only Mee-bo can take...

■Links to past articles about "Sakananoko"!

・ May 19
The teaser poster of the movie "Sakananoko" starring Non has started to appear! Flyers are now being distributed!
https://nondesu.jp/15569/

・May 10
Special Report and Teaser Visual of "Sakananoko" starring Non have been released! In addition, the theatrical release date has been decided!
https://nondesu.jp/15483/

the film adaptation starring Non!
Sakana-kun's autobiography "Sakana-kun's One Fish at a Time! 〜will be made into a movie, "Sakananoko," to be released on the road in the summer of 2022!