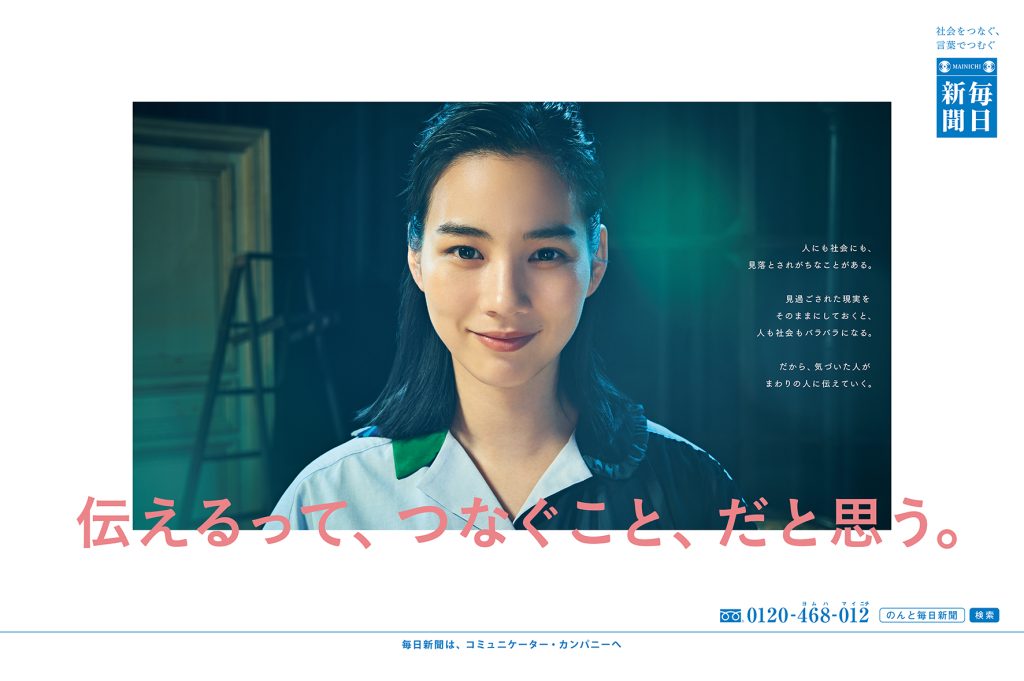 A new commercial starring Non has been released for "The Mainichi Newspapers 150th Anniversary".

Non acts as a messenger and strongly expresses Mainichi Newspapers' 150-year unchanged stance of picking up the realities of people and society that are often overlooked and tenaciously reporting on the essence of those realities.

The commercial will be synchronized with the language of the newspaper and Non's words on stage. On the stage of the theater, Non delivers a powerful message to society.

Please come and see it.

In conjunction with the airing of the new commercial, a special website, "Non and Mainichi Shinbun" will be launched, featuring a video interview with the three reporters of Mainichi Shinbun and a making-of video of the commercial.